Why do Bags of Coffee Have that Valve in the Front?

HomeSpecialty CoffeeWhy do Bags of Coffee Have that Valve in the...

Why do Bags of Coffee Have that Valve in the Front? 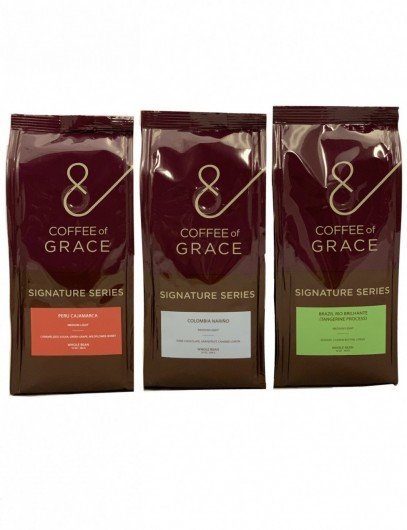 Maybe you’ve noticed that most bags of coffee have a small valve on the front. If you’re like me, your first instinct is to squeeze the bag and smell the heavenly vapors that burst forth. While this might be what we intuitively want to use them for, these valves aren’t actually there to give us a nice olfactory preview of the coffee inside. Rather, they allow the coffee to degas, or offgas. You see, once a coffee has been roasted, it immediately starts producing gases (mainly carbon dioxide). The majority of the gases escape within the first 24 hours after roast, but a coffee will generally continue offgassing for a few weeks. If these gases aren’t allowed to escape, they’ll cause a sealed bag of freshly roasted coffee to swell until it bursts. Thankfully, they’re one-way valves, meaning air is allowed to escape but not enter the bag. This is important, because we don’t want oxygen getting in and causing the coffee to go stale.

So why do we want these gases to escape? Well, if you try to brew a coffee that has just been roasted and has not been given ample time to degas, large gas bubbles will create air pockets in your brew, preventing the grounds from being saturated evenly and producing an unevenly extracted cup. This is why it’s important to wait a few days after roast until brewing a coffee. Generally speaking, darker roast coffees will degas quicker than lighter roast ones. The trick to brewing a good cup is to find the sweet spot: not too soon after roasting while the coffee is still offgassing, but not too long after roasting when the coffee has started to oxidize. Thankfully, bags with one-way valves allow the coffee to offgas while preventing oxidization.